The Christianville Spirit: The Truth about Expatriation Rerun 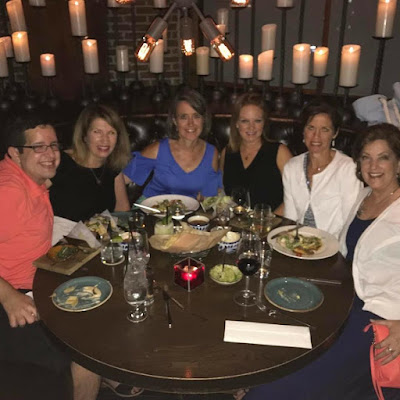 Hej, Hallo, and Oi, My Readers!  Wow! Another Triple Greeting! Your really on a Roll with This! You would Tell Me! I will explain in a bit but, Let’s do a Background Story of The Reason.
So, Expatriation. It is a Very Interesting Topic to Me. Expatriation is also known to a lot of People as Expatting. Basically, It means that You are a Citizen of a Home Country, be it an American, Englishman, Australian, or Whatever Your Home Country is and then, Moving to Another Country for Whatever Reason (There are Many) that I am going to explain in a Minute. People expat to Another Country for Anywhere from a Year, A Couple Years, and Yes, Some even Expat for a Lifetime. Life is an Adventure to Them. In Fact, Some People don’t just Expat to One Country, Sometimes, It’s Two or Even Three Countries before They Repatriate (or “Repat”) Repatriate, basically means that You come back to Your Home Country. I am told that it is Much Harder to Repat than to Expat. So, Why do People Expat? Many Reasons, Some of Them I list in The Newsletter that I am going to Rerun. I List them as “Needing Some Adventure or Something Different in Life, Learning about Another Culture and Soaking in that Culture, Because You may not be happy with The Way your Home Country is going, Retirement, or Most Commonly, Because Your Spouse (Husband or Wife) getting a New Job Opportunity in a New Country” Additionally, Some People expat to Retire or There are Tired to “The Box Life” of America. So, Question Time! How do I know so much about Expatting?and Why is This Newsletter so Special? Well, for One, I have had Two Friends of Mine, Monica and Heidi expat from The United States. Monica, a Former-Student and Gal-pal of My Mom, expatted to Stockholm, Sweden for 4 Years. She has since Repatriated back to The United States. Heidi, a Friend, I met through Monica (Because They are Walking Buddies in Stockholm), She actually Expatted Twice, Once to France and Second to Stockholm. She actually did both Expatriation and Repatriation twice. The Other Reason I know so much about Expatting is that Every Once and a While, I research People Expatting to Various Countries by Reading some of Their Blogs. Yes, Believe it or not, There are People who have “Expat Blogs” that really give you a sense of Expatting (and, sometimes Repatting) to Other Countries. Typically, I find them via a Site called Expatsblog.com. That Site is basically a Huge Directory of Expat Blogs literally All over The World. Basically, You go to The Site and Click “Expat Blogs” and Select from The List of Countries that have People expatting, Pick a Country, What type of Expat (American or Otherwise), and Happy Reading of Countries! Ones that I found Interesting was The Following,

So, What about The Greeting about? So, I asked a Family Friend as a Challenge (if You will) because She posted something that Her Son did, saying “Make Me Choose because Two Things”. Challenge Accepted! I thought. I asked her if She could Expat to Another Country, What Country would She expat to Europe (like Italy or Sweden) or Stay Closer to Home (Like Mexico or Canada). After She answered The Next Day, I thought about it to Myself. If I were to Expat to Another Country, What Country in Europe or Closer to Home would I go to? Not that I am going to, but in Europe, I would Expat to either Sweden (like Stockholm), Switzerland, or Portugal. All for Different Reasons.
I Love Sweden! It is a Beautiful Country, Happy and Peaceful Country, and Very Much on Time. Except for The Cold, It would be an Interesting Country to Live in. The Language looks somewhat Easy to understand.
Switzerland, of Course has Stunning Mountains! Also, You can take a Drive and within an Hour or so, You can be in Another Country or Countries, like Austria or Italia. If You live in Southern Switzerland, of course!
Portugal, a Beautiful and Romantic Country with a little harder Romance Language (at least compared to Spanish or Italian).
Portugal would be My Warm go-to Country. I am told Portugal’s Scenery is much like California. With that, I like to refer to it as “European California”. I am told It is Sunny a lot more Days than North in Sweden. Again, I compare The Weather to Los Angeles, Where It is Sunny more often than not. Storms do happen, but not that frequently. They do have more Earthquakes though.
When Things like Family (Smith Family and PTLS Family Members) come to Mind, I would stay closer to Home. In that Case, I would probably go for Ontario, Canada. I thought of Toronto because It is a Major City with a Major Airport. But, I would not live IN Toronto, Maybe outside of Toronto. Nova Scotia seems like a Pretty Area. Not near a Major International Airport. I picture it to be like Coastal Maine but, A lot more Rain and Cloudiness than Maine Proper. In A My Warm go-to Closer to Home, I would choose Mexico. Go to The Beach a lot more Often but, What about Hurricanes?!
It is all about Perspective, I guess!
Anyway, I am going to Rerun a Newsletter than Explains More than Expatting! It is Very Fascinating!
So, This Rerun Newsletter is for You and For People interested about Expatting!

Thanks for Reading The Christianville Spirit. The World is smaller than You think. Open Your Mind to Traveling The World.
Posted by Christian at 4:42 PM