The Christianville Spirit: The Three Pillars of Faith Rerun 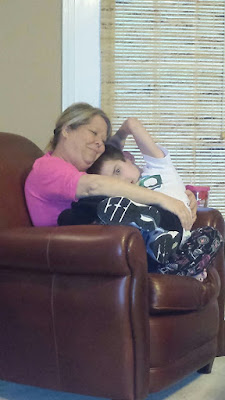 Have Faith and Happy January, My Readers! So, This is a Different Greeting! This Greeting has Two Meanings. With The First One, although I said Happy New Year already, because We entered a New Month, I always say “Happy-Whatever-Month-It-Is". You can say Happy January as well. Just because You enter January by saying “Happy New Year” does not mean You cannot say “Happy January”. The Second One has a Little Deeper Meaning. Now, I know that My Calendar says It is a New Year and My Newsletter says that It is a New Year. But, Honestly, It does not feel like It is January. Now, No, It is not December, We took the Christmas Stuff down on January 7th, The Latest We have Done. Rightfully so though, Things have been really Crazy lately. No, It feels like December and January morphed together to Extend 2020 a Month longer, Decenuary, I will call it! Then again, According to The Lunar Calendar that is older that The Gregorian Calendar that We use Today still says that It is The “Year of The Rat” until February 11th. Perhaps, We should Celebrate “New Years” then! I digress. Anyway, In Times of Hardship, I look Above for Any Signs and This Time, I found a Goldie Newsletter about A Dear Friend of Ours that passed away a Few Years Ago, Faith. If You want to talk about Giving, like We did Last Week and Carrying The Theme of 2021, Faith certainly did Enough Giving to Everyone! Her Friends, Her Family, and Of Course, for The PTLS Foundation (And, PTLS Family Members). I have put her in My Angel Cabinet as “Director of PTLS Family Members”. Meaning that She helps with Directing Us and The PTLS Family in The Right Direction. So, I am going to Rerun that Newsletter about Her, It shows How Much She gave and How Much She still Gives to This Day!

Aloha, My Readers! That is New Greeting or At Least, I think it is anyway. In case It is a New Greeting, It means Hello in Hawaiian. So, I am sure that You remember me mentioning very briefly in My 2016 Year-In-Review about a Relative of a PTLS Family Member passing away. So, As Hard as It is to Write a Newsletter about This Person, because This Person named Faith was a Person of Utter Brilliance. To be Honest, I am a little bit in disbelief that Such a Person like Faith passed away. You See, She actually passed in November of Last Year but, Because it was The Holidays, I did not want to dampen The PTLS Family Members’ Christmas, and I did not want to write about Something Depressing during The Holidays and Out of Respect for Her Family. It kinda dampened My Own Holiday in some way because She was that Amazing. Yes, Folks! THAT Amazing, up there with a few like My Mom; Lynee’s Mom, Dona; and, Faith. So, What gave me This Idea, to write about Her? Well, One because I saw that Newsletter that I had written about My Mom’s High School Friend, Cindy Lockwood (Refer to That Newsletter), and Two because I feel that Faith herself deserves this. I am going to tell you, not of Her Passing but, What She was either Good at or Loved to do. I present to You what I am referring to as “The Three Pillars of Faith”.

So, Faith Thompson, Mother of PTLS Member, Danielle and Daughter, Melissa, to Top all Things, The First Pillar, Family and PTLS. The One major thing that She absolutely lived for was Her Family. Sure, She loved Everyone including Her Loving Husband and Two Daughters, but, She loved someone more! Her Grandson, Grayson. It just so happens that The Thompson Family would have a Twist of Fate of Epic Proportions, Her Grandson, Grayson turned out to have a Unique Syndrome known as Potocki-Lupski Syndrome. You bet they were Thinking, What in The World Is That?! After information was Learned and attended a PTLS Conference, Faith Thompson took Grayson’s PTLS by The Horns! She did not just go with it, like People do, She RAN with It. She would Take Care of Grayson, literally any chance that She got, With Glee! More Information to Learn and Teaching herself about PTLS through My Mom and I but, Most Importantly through Watching Grayson grow. So, after a While of Observing, Faith was ready for Action. Action Movie, Folks!  Faith decided to wear a Shirt with The PTLS Logo, using Her Favorite Colors, Pink and Green. By The Way, Pink was always her Favorite Color and Green, from PTLS was Her Inherited Favorite Color. I remember once that She actually stood in front of Her Church and Proudly showed off Her Faith-ized PTLS Shirts to Raise Money for PTLS! Because She was Dedicated and Determined to Raise Money for The PTLS Foundation. I actually saw a Picture of It, thought Nothing of it at the Time but, I knew that She was One Proud Grandma! Now, The Conferences, She would be at Grayson’s Side, most of The Time and Of Course, doing what She does Best, Observing.  She would Observe and Be Proud and vice versa, Wondering and Always Wondering about PTLS and How She could help even more in Raising Money for The PTLS Foundation. She probably could Wonder a lot about What was going on in not only Grayson’s Head, but Other PTLSers’ Heads as Well. There is more of course, than PTLS and Family to Faith, but That was The Biggest Pillar in Her Life.

The Second Pillar, I will Call, Sporty, Aren’t We?! Okay, so Faith was not THAT Sporty but, There was One Sport that She loved in Her Latter Life. A New Sport, known as Paddle Boarding! If There was One Thing that She loved in Her Free Time, that was it! I personally have never done it, but Faith told me that It was totally worth it! Yes, It is a Tad Challenging and A Little Harder than It looks because it requires a lot of Exercise, but Totally Worth It! Honestly, that is What I will miss about Her, but Maybe that was because She told me that She would teach me how to do it. Anyway, Again, She took This New Sport of Paddle Boarding by The Horns! Just like She did with Grayson and His PTLS! She found out that, No You don’t always have to do Paddle Board leisurely and Nice anndd Sloow. Actually, You can Paddle Board Race as well! Once Faith got the Hand of Paddle Boarding, again that Action Movie Faith came out and Thought, “I don’t want to JUST Paddle Board Nice and Slow! Nah! I want it Faster!” and, Faster She did. She and Her Pink Paddle Board (There is that Pink again, Folks!) did Several Paddle Boarding Races! I believe She even did one on a Big Lake in The Rain! She loved it either way! Perhaps, Her Spirit will guide me to a Soft Lake and Help Teach me how to Paddle Board myself. I think it would be Fun. So, The Third Pillar is kind of Minor compared to Pride of PTLS and Grayson but, I figured that It is worth mentioning!

The Third Pillar of Faith, I will call For The Love of Food! Now, Yes, Any Human loves the Thought of Food, It makes their Mouth Water. But, With Faith, She liked Food of all kinds but, If She had to pick a Favorite, It would be Cuban Food. Well, Maybe because Faith’s Family, not The Thompsons, are Part Cuban. Anyway, I remember that Faith loved Cuban Food. In Fact, We went to a Cuban Food place when We saw her at Christmas of 2015. I probably mentioned in My Newsletter then, Refer to That Newsletter. Maybe She loved The Taste of a Good old Cuban Sandwich, The Rice, The Meat, What is not to Love about that?! I would guess that She loved The Cuban Sandwich the most. All in All, Faith was a Brilliant Woman and We lost her way to soon. She will always be in Our Hearts anytime that Ourselves feel like Observing, Being Proud, Paddle Boarding (or Watching It) or Maybe enjoying a Good Cuban Sandwich.

Thanks for Reading The Christianville Spirit. Life is like a Movie, You pick The Genre!

Posted by Christian at 3:55 PM No comments: